Two For All Souls' Day 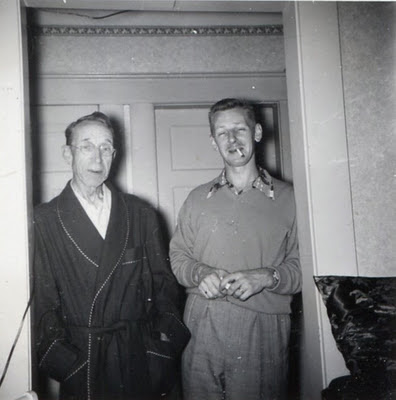 One Saint For All Saints

After an evening, spent singing a tricky High Mass by William Byrd at
St. James' Anglican, I forgot to post on All Saints' Day (yesterday).
In its place I present one saint.

St. Begga is purportedly a distant but direct grandmother/ancestor of
mine through my matriline - discovered during a research inquiry into
mitochondrial DNA and its implications for the social constructs of
womanhood and feminism.
Once widowed, she took the veil and founded seven churches and a
convent where she died and was buried. As a wealthy and powerful
woman, within the confines of her time, her greatest act possible was
religious patronage for which she was rewarded with sainthood.
Many people with a franca-matriline can trace their way back to this
saint - mother.

Posted by Christine Hatfull at 00:12 3 comments: