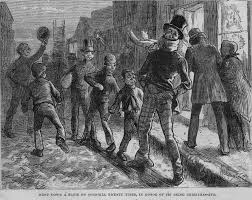 St. James' Victorian roots are splendidly evident at this time of the year with its Advent activities, greenery, music and especial focus on children; and yet we need to be planted in a goodwill beyond our immediate gaze and needs.  A recent re-reading of A Christmas Carol by Charles Dickens brought to mind the very people in our parish that our Bidding Prayer asks us to remember.
Dickens is often blamed for inventing the material aspects of Christmas that hamper the season to ever elevated degrees.  But he was not working in a vacuum, and there were other forces contributing to the veritable saving of the Christmas festival which had been mostly diminished to one day out of a long year.  It was his understanding of spirituality and morality as dual participants in the older traditions alongside the re-imaging of holiday customs that made a lasting impact.  Together they included family, church, and charity, childhood memories and cultural nostalgia.  His sentiments as portrayed in A Christmas Carol contributed to the cultural tapestry we have all inherited and embraced. 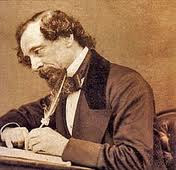 By 1840 and with a new young queen on the throne, Great Britain was at a confident stage of empire building and indirectly ruled the world through economic influence and control of the sea.  There were also numerous liberal movements gaining a foothold in the public imagination, including parliamentary reform, free trade, collective bargaining, Catholic emancipation, the Oxford Movement, abolishment of slavery, restraints on child labour and local government and postal reforms as well as developments in science, medicine, exploration, and the railroad.
A Christmas Carol is essentially a spiritual fairy tale about the value and joy of giving.  It was written alongside Martin Chuzzlewit and published in December 1843 primarily, if ironically, because Dickens needed to make money in order to support his growing family and tangle of extended relations.  It was an instant success although not as profitable initially as planned due to its high quality at a reasonable price.  Within ten years he was giving lectures and readings, which often included his best-loved Christmas tale, all of them very much associated with his philanthropic activities and his belief that literature could advocate for the betterment of all. 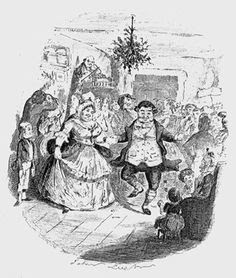 Dickens remains an intercessor between an industrial, material, and increasingly secular time and the humanity that he wanted to uplift.  The focus on children and charity is especially and obviously reflective of Christ's continued presence in the season.  Every year his tale seeks to re-invigorate and maintain an important sacred and secular event.  His contributions to what we know as Christmas are now well established, and, in the words of G. K. Chesterton, we can note that "whether the Christmas visions would or would not convert Scrooge, they convert us." 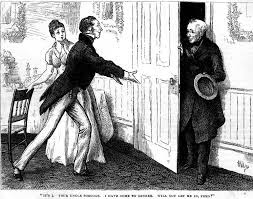 In his own words Dickens tells us that with regard to the rehabilitated miser, "He knew how to keep Christmas well."  The portrayal is effective because it is so visceral.  Christ is present within the redemptive power of kindness and charity -- that is the author's emphasis.  As a literary journalist, social reformer, and moralist, Dickens bids us not for just one day, but for all the days of the year.

A few years ago, while I was trying to explain my work to a friend of a friend, I was offered some unusual advice.  Calling me an "ancestral scapegoat," he encouraged me to continue the visual history project I was struggling to manifest.  He warned that my relatives might not always welcome the stories I would track and seek to share but that I must persist as the one of my generation who was driven to know the truth and willing to tell the tale.  He urged me to nevertheless continue the search for my creative and spiritual homeland.
The yearning for a genuine and profound experience led me to formulate a pilgrimage - neither religious nor secular, but personally sacred and tied to a familial landscape I barely knew.  By undertaking a quest and vowing to complete it, I am participating in a universal tradition and practice: to seek and experience the presence of God while separating from the everyday.
"The only way out is through," according to Robert Frost.  Decide and the doing gets done, so I began to plan a road trip to what is essentially the middle of nowhere, drawn by a spiritual magnetism to the remarkable geographical landscape of Lake Manitoba.  In its centre is an intersection between two realms, a liminality called Manitoobaa in Ojibwa - Straits of Manitou, the Great Spirit - and known by the pounding of waves and pebbles on its limestone shores, like a spirit pounding a drum.

My mother was born in the vicinity and a few of her cousins who still live in the region join me on the gravel road journey from Dauphin and Ste. Rose du Lac to Cayer Beach on Lake Manitoba.  It is still several hours before summer solstice and within this liminal zone of time, place, and intention, we discuss the spiritual business of the family - from replacing the fallen gravestones of great-grandparents and finding a way to repair the church roof, to assorted graveside stories of kith and kin.  For a short while the impediments of distance are suspended and the improbable is imagined.  Here, in the smallest of communities and in the most remote of provinces, I find a tangible connection to my ancestors and their stories in the company of the family members who want to know.

We turn away from the edge of the beautiful lake and the church our grandfather built and named St. Jean de Brébeuf.  We drive back toward the world of everyday, on the other side of an invisible threshold - but different.  We convene and celebrate over a late lunch at the Chicken Chef in Ste. Rose.  I commemorate these family rituals by vowing to return as I have done in four previous encounters with this meaningful place were every exploration reveals inner meaning.  Perhaps I will return again for the longest day of the year in June, or come back in August when it is good for camping and swimming, or perhaps visit in January because winter is my favourite Manitoba season and this is a special place in the cold.  Having a destination and making a vow to reach it fulfill the longing for a meaningful journey, a pilgrimage.

Posted by Christine Hatfull at 22:03 7 comments:


I have yet to count the actual estimated number of pictures taken of this project which I named PALIMPSEST but it probably ranges between 100 and 200 thousand images that rest quietly on an external hard drive.  The documentation of this public process was made possible by two DTES Small Arts Grants, generously funded by the Vancouver Foundation.  In it I photographed the conversion of the Richard Henriquez design for housing prisoners at the BC Courts into the re-design, by his son Gregory, of social/market housing for residents.
The three year project was located on the St. James' Anglican bell tower's western deck and utilized various handheld cameras and digital apps.  The image above was composed with an iPod camera, a landscape-stitcher with a final crop in iPhoto.
The repetitive exposure to this particular point of view led to the development of additional perspectives.  The body of the edifice I perched upon became more significant, demanding inclusion in all of the images other than the standard documentary shots taken with an SLR camera at every session.  My own creative connection to the architecture notwithstanding I recognized the intrinsic pull of St. James' physical impact.  But it wasn't alone in affecting a view that includes the Burrard Inlet and North Shore mountains, the urban core, industry and re-development and the eternal components of wildlife, weather, seasonal flux and the sky itself.
The final piece of this project entails archiving PALIMPSEST to its own website.  By now, the residents have moved in and the building lives on its own again.  It now provides a positive opportunity for a neighbourhood that has too-long languished in aggressive obscurity.

Posted by Christine Hatfull at 11:09 4 comments:

Posted by Christine Hatfull at 22:10 4 comments:

Posted by Christine Hatfull at 09:30 2 comments:

Posted by Christine Hatfull at 10:03 No comments:

Posted by Christine Hatfull at 22:29 No comments:

Posted by Christine Hatfull at 21:05 No comments:

Posted by Christine Hatfull at 18:33 No comments:

Posted by Christine Hatfull at 18:27 5 comments:

Posted by Christine Hatfull at 16:44 No comments:

Posted by Christine Hatfull at 20:56 No comments:

Posted by Christine Hatfull at 12:49 4 comments:

Posted by Christine Hatfull at 10:17 No comments: