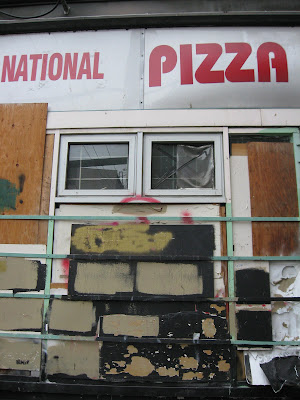 No. 4573 was taken before the last minute Olympic clean-up at Abbott and Hastings Streets. There is some sort of emo boutique there now. The images below represent the neighbourhood on a good day (Friday 12 Feb 2010) as it waited nervously for the run-by of the the Olympic Torch which was being held back in protest four blocks west. Eventually it came east, up Hastings Street past red tent gentlemen, Royal Bank employees, and plenty of Canadians and neutral on-lookers. An amusing video of the rout at Victory Square was shown at VIVO the next night although the protest did little to slow the parade of saggy jogging suits and their police escort meandering through The Town. 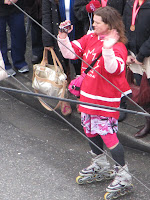 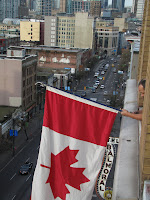 Posted by Christine Hatfull at 10:36