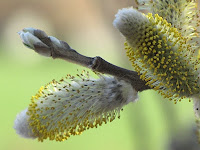 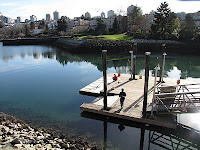 The warm, dry winter of 2010 will bookend a cold, snowy winter that is being forecast by meteorologists for 2011. Perhaps this year's resplendent return of the sockeye salmon to spawn (or to be caught, sold and eaten) will be followed by an non-existent return next season.

Firstly, Vancouverites should prepare for the cold with snow tires for their automobiles. Our reputation in the ROC (rest of Canada) for poor winter driving abilities is due in large part to an immigrant population (mostly from east of the Rockies), who is unused to driving on crisco (a kind of wet snow), over mountainous hills (on bald tires) because they hoped it wouldn't actually snow (this winter). The game is to survive the drivers who fail to learn and repeat the same behaviour, year upon year, while they slip and slide over the Lower Mainland.

As a teenager growing up in North Vancouver, where down and up (the mountain) were the main directions, and with a sergeant-major for a father, who taught officer cadets to drive army trucks and perform hill starts on terrifying inclines, I was well schooled in how to drive his Ford Custom anywhere up the mountain on snow packed roads. Usually, the most difficult part was getting the thing back down the lane and into the carport after an afternoon's snowfall.

Secondly, the only reason I did not indulge my taste buds during this season's salmon extravaganza was due to a vegetarian-style food budget. But if this was their last great run and they do not return next year, in healthy numbers, I will never eat tasty and delicious fish again. I am done with eating random species to death.

We have control over very little in the natural world including our egos. Civilizations come and go and history is made and lost. For now I plan to sit still, enjoy the view, and try not to complain.

Posted by Christine Hatfull at 11:32