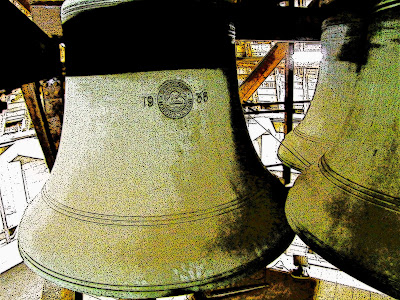 The Sound of Sanctity*

My neighbourhood is noisy, located as it is on a busy artery in downtown Vancouver, with its almost constant traffic, rants, fights, sirens and shrieking gulls.  Still, my home is comfortable and attractive and my neighbours are simply engaged in ordinary living under extraordinary circumstances.  But there is one notable sound that lingers purposefully and contemplatively, and it is made by the bell in the tower of St. James' Anglican Church at Gore Avenue and East Cordova Street.  Three times daily I have the opportunity to pause and listen with an open heart.  I am transfixed and yet mindful as the traffic sounds fall away and random dysfunction ceases momentarily.  Of course the scene at hand soon returns to "normal", but there is always another ringing promised, another respite. 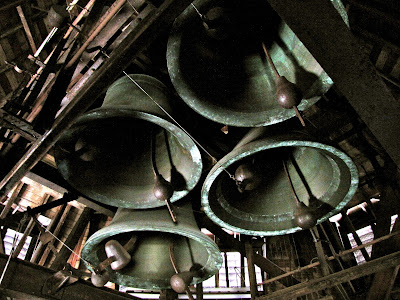 The bells were given to the church by the Reverend Fr. Robert Grange Harker -- Fifth Rector of St. James' from 1920-21-- twelve years after his return to England.  He was instrumental in the long-distance planning, financing, designing and building of the third church of St. James' (with the determined interest of the indomitable Reverend Canon Fr. Wilberforce Cooper who managed and drove the project on site).  By securing both the services of talented architect Adrian Gilbert Scott, and the matching funds necessary for the construction of the building, their vision was realized by 1935 although it would take another ten years to complete the work fully.  Fr. Harker's gift of the bells was meant to be anonymous, but it was a poorly kept secret.  He was said to be delighted with the inscription written by Fr. Whitehead and concealed on the small treble bell, very much like the medieval custom of punning inscriptions.  It reads: GOD BLESS THE MUSIC OF THESE BELLS AND TREBLY BLESS THE HARKER. 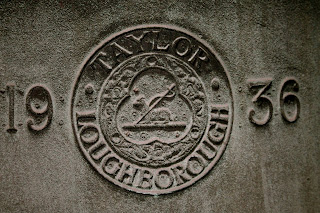 Bells have been associated with religious rituals since the early Middle Ages in Northern Europe where the earliest bell-founders were probably monks.  Foundries have since sprung up wherever the founders have lived, and one of the oldest surviving sites is Taylor's of Loughborough in Leicestershire, England.  Here the bells of St. James' were cast in 1936, shipped through the Panama Canal and arrived at the Ballantyne Pier in November of 1937.  It was stipulated that, once installed, the bells could not be rung until the bills were paid and the bells were installed in time for a 1937 Christmas Eve ringing. 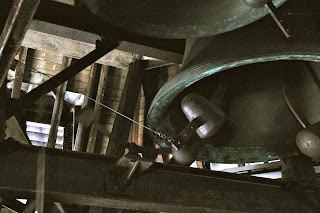 Fr. Harker believed that it would be difficult to find adequate bell-ringers on these "remote" shores, so he had the eight bells made into an instrument called a chime.  The 42-hundredweight ring of eight is set into an iron framework box, each bell equipped with a clapper attached to a wire cable which in turn runs down a rope and pulley system to the console in the corridor behind the high altar.  It has a diatonic scale from C to C with inner tuning that allows for fully harmonized music.  Our console specialists, Lesley and David Evans, have written that "although this ring of bells cannot be 'rung' in the true sense (that is by circle ringing), they can be played by a carilloneur, by a roll mechanism or by playing the eight white notes on the 'piano' keyboard."

The sound I hear daily is of the largest bell, the covering C, the tenor, weighing over 2,000 kg and with a diameter of 60.5 inches.  It has an extra clapper attached to a rope that leads down to the church where it is rung for Angelus, Sanctus and tolled for the death and last departure of parishioners (possibly the last church in Vancouver to do so).  Its inscription reads SOUND SOUND THE GLORIOUS GOSPEL TO THE PRAISE OF GOD AND TO THE HONOUR OF ALL WHOSE WORDS AND DEEDS PROCLAIMED IT IN THESE PARTS 1881-1936.  It offers the sound of sanctity to this neighbourhood and gives me solace amidst the frequent chaos. 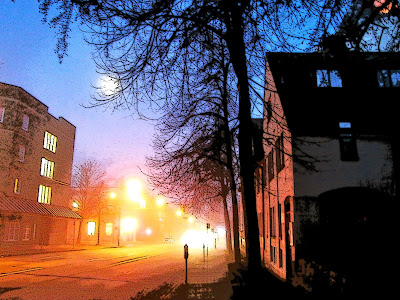 Editor's note:  The console referred to above has recently been removed for restoration and repair -- at substantial cost, which is being partially borne by one anonymous donor, with the hope that others will offer help.  The bells and clappers in the tower are also being refurbished -- obviously in situ.