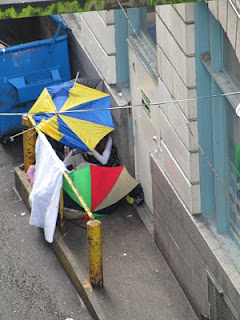 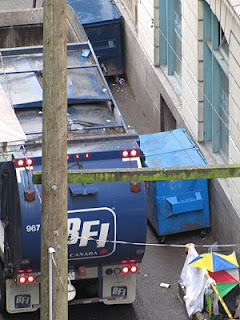 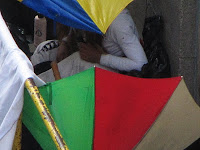 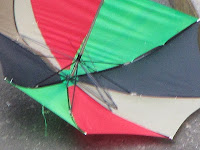 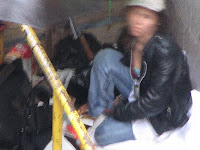 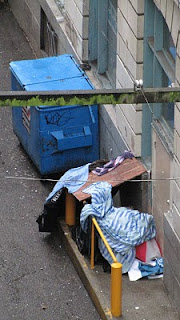 An umbrella camp has persisted at the back door of the former Contact Centre, for several months, while the space remains unrented: on the edge of the Portland Hotel Society's Roosevelt building in the alley behind the Carnegie Community Centre. It is uninhabited and swept clean today but could return at any time.

Regarding the resignation of Gordon "Gordo" Campbell from whatever it was he was doing; public governance, accountability, and confidence have ebbed along with social and cultural ethics. Could a scandal involving rivers, railways, and infidelity be close at hand? Cut and run baby and thanks for the memories! 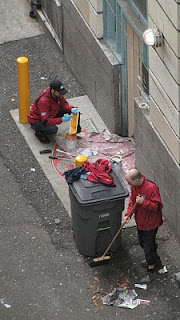 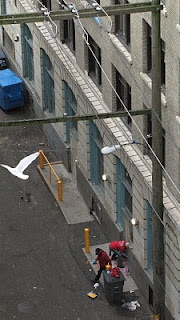 Posted by Christine Hatfull at 10:32