A Strange Beauty in Neglect 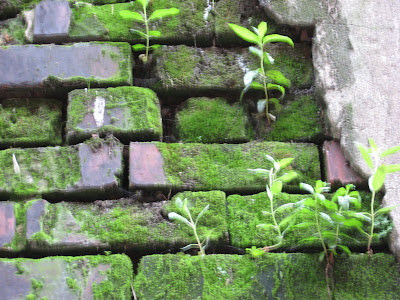 When the city burned to the ground in 1886, only six months after incorporation, it was down to the wood and non-existent building codes. The edifices of the post-fire decades were more substantial due to higher building-code standards and the frequent use of the ballast brick coming out of the holds of commercial ships of the period. Most of the trade on the Pacific was with China: silk and opium from the orient in exchange for raw logs and lumber from the great white north. Many of the buildings in the old downtown, now associated with skid row, were made of this brick and those which are most neglected are also achingly beautiful.
Posted by Christine Hatfull at 09:30