A Brief Editorial on My Name 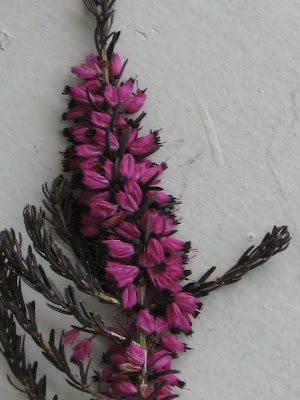 What is in a name? Everything apparently. It is our outward personae in an official and serious reality. The misnaming or misspelling of it changes its order in the system or demotes it to the status of noun or adjective only. The name Hatfull is, neither Hatfield nor hatful (nix hateful too) it is, my name.

A published, three hundred year old genealogy proves all we Hatfulls to be of the same ancestor and Facebook carries on a written tradition through the youngest members of the family. I chose this my father's name, not for its uniqueness but, because of the tremendous respect and love I still have for him 33 years after his untimely death; so much so that I gave his name, now mine, to my daughter.

Douglas William George Hatfull (1917 - 1977) was an artist and craftsman who left a creative legacy to the City of Vancouver but that is a story all his own. In any case, he did not live to see the detailed account of his ancestors in Kent but, I am sure he would have been amused and moved . He did enjoy reading the following interpretation of his family name which I brought home from the bookstore as a gleeful teenager; our funny old name in a tome other than the telephone book, "you don't say".

* The Penguin Dictionary of SURNAMES, Basil Cottle, 1967,
"Dr Cottle describes himself as an 'Anglican, Liberal, dedicated medievalist, amateur artist, archaeologist and herald, collector of MSS, and Welshman'." Also army and born in 1917 like D.W.G.
Posted by Christine Hatfull at 10:06