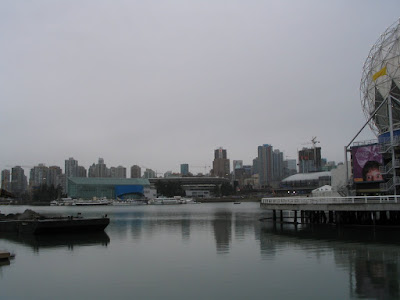 Not unlike the failure of the BC Place roof to stay up three years ago, my site was down recently, due to technical difficulties. I would like to thank my many readers (my mother) for their patience and continued support during this trying time in my junior internet-publishing career. 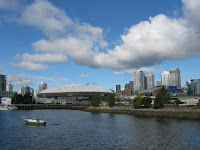 My bloG will now be redirected to my own domain because apparently a .ca looks neater and more official than a .blogspot. (The weird truth is that the bloG format is a livlier form of communication, with a dumb name, than a website that often sits on the screen looking static and poorly tended). I will report daily from the outside at street level during the 2010 Winter Olympics and in conjunction with the Safe Assembly events planned by VIVO .

BTW how warm is it? There was more snow on the local mountains last May than there is now in February. CLIMATE CHANGE OLYMPIC GAMES - just kidding. It's probably one of those cyclical things although I admit that while the warmness is normal, the dryness is not. Our secret weapon, no matter the weather, will be the weather. The obvious climactic livability of the place will convince a bunch more people to move here and live in all of the new downtown towers and townhouses and condo-complexes filling up our once lovely view corridors.