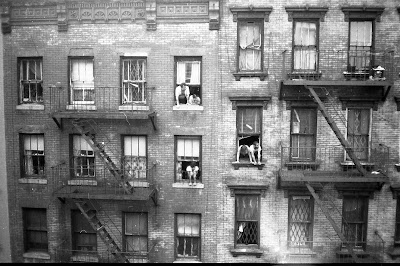 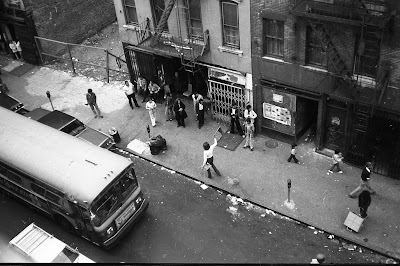 These images were taken on a 35mm Ricoh, given to me by my brother Kelly, which I cherished and worked with for ten years until I forgot it in a cab only months before leaving New York City. It was one of the few material possessions I truly mourned the loss of and I recaptured that feeling last year when my beloved Canon Powershot 570 failed in my hands after recording over 500,000 digital images in under two years. It's irreplaceability also records the loss of the optical viewfinder in practical, affordable, easy to own, and democratic cameras. Cell phone imagers have altered the way we take pictures. We look at the screen and take a shot, based not on what on the eye perceives but,on what the camera derives for the perception of our eyes. Without an optical viewfinder in its replacement, the Canon Powershot SX1IS , I am unable to track the flight of birds which is a loss to a birdwatcher. However, this pricier model is replete with gadgets and scope and so, I will adapt. Meanwhile, any reader who could sell me their Canon Powershot 570 would be enabling me my hobby of observing and capturing the movement and activity of the birds in my midst and therefore make me very happy.

When I took these photographs from the fire escape of my tenement apartment in downtown Manhattan (I did not move to New York to live in Brooklyn or New Jersey) I was happy to get a few good images from a roll of film. One had to be thoughtful and perceptive in order to record visual impressions; the camera gave me the impulse to keep looking to paraphrase Brooks Anderson. It was an exciting and challenging time for a relatively naive young woman from North Vancouver but I had already travelled six months in Europe, lost my father to death, and completed my undergraduate degree from Simon Fraser University by the age of 24. I had gumption.

The recent addition of a negative/slide scanner to my toolbox is offering me the opportunity to access a 25 year body of photographic work. It frees me from the onerous costs of processing photographs for now while allowing me to see the path I have travelled on.

Incidentally, the original location of West Side Story was to be, this, the Lower East Side but, the 1950's was a vastly different time and the notion of a black and white couple as protagonists (the intention of composer Leonard Bernstein and a reflection of the neighbourhood's ethnic mix) was perfectly unacceptable in the day and so the story's location and coupling were modified to better fit convention. Sixty years later such a dramatic scenario would be entirely within the realm of possibility and propriety. It should also be noted that this neighbourhood is much changed: inevitably upgraded, sanitized and expensive just like the rest of Manhattan.
Posted by Christine Hatfull at 23:36